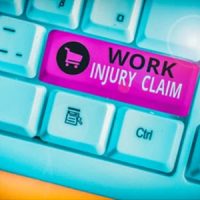 A lawsuit has been filed by the grieving widow of a former construction contractor who lost his life in a deadly fall at the SK Battery Plant in Jackson County. The plant had been the subject of several OSHA complaints prior to the incident, but the plant contends that the fall was the result of the employee’s own negligence.

In October of 2020, the deceased began work for MMR Constructors, a Louisiana subcontractor, that was doing work at the factory. MMR was handling electrical work at the factory and the deceased was a supervisor. The deceased’s widow said that they both knew that there were safety issues at the plant, but both were put out of work by COVID, and they needed the money. Around the same time, several contractors had filed safety complaints with OSHA. Then numerous employees began falling on the job. One worker was hospitalized for falling through a ceiling. Video footage shows a different worker falling through the ceiling. The worker is suspended by a harness that likely saved his life.

The plaintiff’s husband was less lucky. Twelve days later, he fell through the ceiling and died at the hospital. The deceased’s harness was not attached. He landed on another worker who had to be taken to the hospital but survived.

The family pursued death benefits under the workers’ compensation system which would afford children of a deceased worker $675/week until their child turns 18 (or 21 if they go to college). However, MMR is fighting the claim saying that the fall was the fault entirely of the employee and not the company. Now, the legal battle will determine whether or not the ten-year-old son of the deceased will get his father’s death benefits.

MMR is fighting the claim on two grounds. Firstly, he wasn’t technically married to the woman he lived with and had a child with. Since Georgia doesn’t recognize common-law marriages, the child should not be afforded death benefits.

Second, MMR claims the accident was the deceased’s fault because he wasn’t wearing his harness at the time of the accident.

The plaintiffs contend, however, that there were so many people up on the ceiling at the time that there wasn’t any room for him to tie off his harness. Ultimately, the company created the conditions that led to several employees suffering near-fatal falls prior to the death of the plaintiff. OSHA has fined the company just south of $30,000. The widow has also filed a separate lawsuit against SK Battery seeking recovery for damages related to the death of her husband.