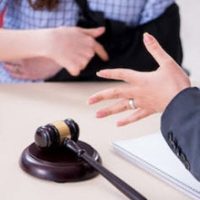 A Massachusetts employer is accused of intentionally misclassifying tree workers on a landscaping crew as “low-risk” to reduce the company’s workers’ compensation premiums. The woman, who gained nothing from the deception, was allowed to take an Alford plea and there was no finding of guilt by the judge. The woman will be required to pay restitution for the deception and her case will be dismissed so long as she does not break the law again, which is unusual in cases where grand juries have been convened and decided there is probable cause to move forward with a trial.

Basically, the owners and their bookkeeper thought it would be a good way to save money if they submitted false information concerning the workers in their employ. Because the workers were believed to be at lower risk, the insurance company offered them a discount to insure them. The company benefits by having to pay lower premiums and it makes their business more profitable. A salaried employee would not see any direct benefits other than, perhaps, a salary increase for taking one for the team.

The state decided to prosecute only the bookkeeper who was responsible for misclassifying the workers. The problem for the state was that the bookkeeper did not benefit directly from the fraud, only the owners did. The judge who was reviewing the case determined that because the bookkeeper did not benefit, she should not be required to face a standard sentence for the crimes committed. The prosecution hoped for at least three years probation but was only able to secure an ACD with no admission of actual guilt. Instead, the defendant took an Alford plea which is a plea in which you accept the consequences of a guilty plea without actually admitting guilt.

Additionally, during the period when the insurer was operating on false information, only one claim was paid while another claim was dropped. So the deception didn’t result in a huge monetary imbalance. Nonetheless, it’s illegal to falsify information on insurance documents and insurance fraud remains one of the major stressors driving up the cost of insurance and making all businesses less profitable.

In a case like this, where there is a discrepancy or false information placed into documentation, the insurance company can void the entire contract, refuse to pay out any claims related to the policy, leaving the company and its workers without protection.

By O’Connell Law Firm | Posted on October 6, 2021
« Integrated Approaches To Workers’ Compensation Could Be The Future
COVID-19 Death Triggers Lawsuit In Philly »