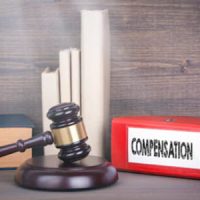 Since 2017, over 50 gig workers have lost their lives in various jobs. Most of these jobs were livery jobs in which the worker was driving a vehicle to deliver people or stuff to other places. If an Uber driver gets into an accident with another driver, a determination is made as to who is at fault. Every Uber driver is insured by a $1 million policy that pays out in the event that they cause an accident. However, if the Uber driver is injured by the negligence of another party, then they have to file a claim on the at-fault driver’s insurance policy. These insurance policies pay out a tiny fraction of the losses an average worker takes after a debilitating car accident. Typically, those expenses would be paid by a workers’ compensation policy. However, here in Georgia, Uber drivers are not considered employees. They are considered contractors. Therefore, Uber has no duty to insure them. If they are at fault for an accident, they foot the bill entirely. If another driver is at fault, they can file a claim on a $25,000 policy.

Can you sue Uber for a work-related injury?

No. Uber forces all contractors to file claims in a private arbitration forum of their choosing. Workers would be barred by contract from filing a lawsuit directly against Uber. While such legal maneuvering works here in Georgia, other states have moved to classify Uber drivers as employees. This is not something Uber wants. Uber would be required to pay compensation claims to drivers, their arbitration agreements would be unenforceable, and they’d have to pay benefits as well.

Drivers who are injured on the job and sue Uber don’t have a strong case against the company. While they can argue that the Uber app made it more difficult for them to pay attention to the road and in traffic, if they caused the accident, they are liable. If someone else caused the accident, then the other driver is liable. When is Uber liable? Almost never. Drivers struck by Uber vehicles have had more success filing lawsuits against Uber itself for failing to vet drivers than the drivers have filed lawsuits against Uber based on app distraction.

To be sure, workers for Uber have filed other sorts of lawsuits against the company. Namely, there is a current class action underway that alleges Uber stole tips and compensation from drivers or never turned over compensation that was guaranteed to them. Uber also is alleged to have provided incentives to drivers that it never made good on. The lawsuit, among other things, is an attempt to force Uber to classify its drivers as employees in all 50 states.

To be sure, drivers classified as employees have more rights than those classified as contractors. Their companies owe them a higher duty of care and would have to insure their drivers for minimum wage. At the moment, Uber is a disruptive technology in which the power dynamic heavily favors those who do not provide driving to the company. Until these matters are settled, it’s driver beware.

If you suffered a work-related injury, the Decatur workers’ compensation attorneys at The O’Connell Law Firm can help you prove your case to your employer’s insurer. Call today to discuss your situation and we can begin preparing your claim immediately.