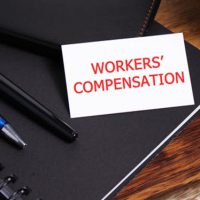 Some folks just don’t get that they too must follow the law. Several Myrtle Beach employees, including a 36-year veteran of City have filed lawsuits claiming that they were attacked, fired, and lied about so that workers’ compensation claims could be denied.

One of the plaintiffs, who worked for Myrtle Beach for 36 years, including several years as an administrator, said that after he injured his ankle at a workplace event while giving blood, he spent several months in the hospital recovering. His claim initially went through without an issue, but shortly thereafter, the workers’ comp insurer began asking him questions about his drug habits and whether or not he ever showed up to work drunk, or sold drugs while on the clock. Shortly thereafter, he was fired from his position.

Someone really doesn’t like this fellow, but he is one of four individuals who have filed similar claims against Myrtle Beach. Apparently, someone with decision-making power thinks they can run folks out of state positions using whatever means necessary. This sort of Machiavellian policy toward employee workers’ compensation claims is likely going to lead to their downfall. All of the employees will likely allege the same sorts of incidents occurred, and since the government must follow its own rules, the individual in charge of the employees will take the fall.

At issue are allegations that the employee did and sold drugs while on the job. The workers’ compensation insurer has forced the man to undergo multiple lie detector tests, drug tests, and whatever else to prove that he was clean. They will not, of course, take the failure of the tests to provide contrary data as evidence that the employee did not sell or do drugs while on the job. They’ll just keep looking for something that indicates he did. Meanwhile, the man still hasn’t received benefits related to a claim that occurred over a year ago.

By filing a lawsuit against the City, he draws attention to the type of abuses that occurred by those higher up the ladder. With four lawsuits already filed against the City, City officials will be looking at the person who violated their rights.