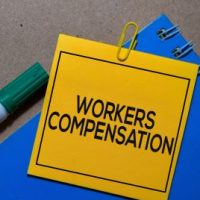 Why Was the Claim Denied?

Each state has its own rules concerning workers’ compensation claims. The rules are not the same for every state. In Arizona, for a worker to receive compensation relating to a psychological injury, the stress must be “unexpected, unusual, or extraordinary.” Here in Georgia, a work-related injury generally needs to be accompanied by some kind of physical injury as well. Stress alone wouldn’t necessarily count. However, PTSD would.

For the sake of simplicity, let’s say that there are three types of workers’ comp claims involving psychological injury. Those are:

We know that stress causes a host of physical ailments such as hypertension that can have a long-lasting impact on a person’s health. However, stress alone is not a compensable injury. The injury must prevent the individual from working. It is therefore almost always the case that the worker claims they have PTSD from a terrible accident or experience or that their job-related stress has resulted in physical ailments. Police officers, EMTs, and firefighters tend to have the most success with these types of claims.