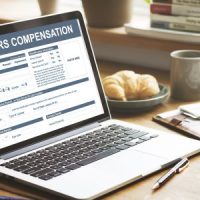 In a personal injury lawsuit, however, an employee would be able to recover money related to pain and suffering damages plus 100% of their lost wages. Workers’ comp pays much less. So the employee filed a lawsuit against the parent company alleging that he had a right to sue because he didn’t work for that company. The court, however, ruled that since his company covered his expenses, and there was a policy in place, he had no standing to sue because of employer immunity. Further, the parent company did not have a contract in place with the employees of the subsidiary. So there was no contract for independent work.

The court ruled that the parent company had a right to exclusive remedy (workers’ compensation) because it was contractually obligated to provide coverage to all of its subsidiaries. Thus, there was a workers’ comp policy in place.

If the insurance company that provides workers compensation coverage to your employer refuses to pay out, call the Decatur workers’ compensation attorneys at O’Connell Law Firm today to discuss the matter in more detail and learn about how we can help.