College Athletes To Be Reclassified As Employees 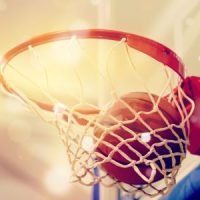 College athletes earn billions annually for their universities and are compensated quite poorly for the effort. Of course, the payoff is that they get a stage on which they can market their abilities for future income. That’s how it’s worked out for thousands of footballers, basketballers, and baseball players. But what about those who suffer career-ending injuries in college? The purported payoff offered by the university is contingent on their remaining healthy upon graduation. Players are thus taking an awful risk by playing at the college level. With issues related to CTE now clearly understood, the stakes are higher than ever and the NCAA continues to lose its ironclad grip on the players.

A recent memo sent by the National Labor Relations Board to the NCAA has ordered the NCAA to reclassify their players as employees. This potentially has the power to disrupt the NCAA considerably, which is why the NCAA has long opposed the initiative. Meanwhile, the NCAA’s players have been attempting to form a union so that they can begin the process of collective bargaining with the NCAA. Previously, judges have ruled that they lack the jurisdiction to hear such cases. However, if the NCAA classified student-athletes as employees, it would provide a clear path to unionization and collective bargaining rights.

The National Labor Relations Board

In other words, the NCAA’s recruitment of student-athletes is no longer subject to self-defined rules invented by the NCAA. Instead, it’s subject to the whims of the free market.

Right now, the NCAA requires all student-athletes to have health insurance. That is the extent of their coverage. In some cases, the NCAA will offer exceptional student-athlete policies to insure their future to a select few exceptional athletes. Under the new terms, those same students would be covered by workers’ compensation which would pay catastrophic injury benefits. It would be a better system than the one we have now because often, these student-athletes are simply out of luck if they suffer a career-ending injury.