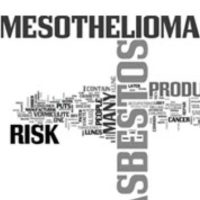 A worker from Illinois who had worked at several plants all over the country filed a lawsuit against an employer in Illinois, then voluntarily dismissed his lawsuit, and refiled the claim under Georgia’s workers’ compensation statute. The original complaint listed over 80 defendants. However, the workers’ compensation claim was not filed against one of those defendants. It was filed against a Georgia-based construction company where the plaintiff worked as a pipe outfitter. This matter complicated his case significantly.

According to the plaintiff, he had never signed the complaint. His attorney simply went through all of his employment records and listed each of his employers as defendants. Nonetheless, it allowed the insurance carrier to argue that the plaintiff had no idea where he acquired the mesothelioma and that their company should not be liable for his injuries. Nonetheless, it was determined the plaintiff suffered significant mesothelioma exposure at his job at the Georgia factory.

Despite admitting that the plaintiff had been exposed to mesothelioma on the job, his claim was denied on the basis that he could not prove where his last injurious exposure was. Further, they considered the original complaint filed in Illinois as binding admissions or admissions against interest. Finally, they stated that there was likely some injurious exposure between the point when the plaintiff worked for the defendant company and his contraction of mesothelioma. On that basis, the plaintiff’s claim was denied. The plaintiff appealed the decision, lost, and then appealed again, and won.

On the second appeal, the court found that there was no way to prove one way or the other if the defendant’s exposure to asbestos post-employment in Georgia led to mesothelioma or not. However, there was significant evidence that his exposure in Georgia did cause his mesothelioma. An expert testified on the plaintiff’s behalf that his exposure was not significant enough to cause mesothelioma. The defense, in this case, did not offer any contradictory evidence. The court, therefore, sided with the plaintiff. In other words, the court stated that the mere allegation of asbestos exposure and the possibility of asbestos exposure subsequent to employment with the defendant company was not enough to defeat the claim.

Prior to filing any lawsuits, you want to weigh all your options prudently. In this case, the man’s claim was forestalled and can still be appealed because of a faulty personal injury lawsuit that was later voluntarily dismissed. On the other hand, a well-prepared case won the day despite the personal injury lawsuit. The worker was able to provide expert testimony that countermanded the workers’ compensation board’s ruling against the worker. In this case, that expert testimony proved the only means of reversing a bad decision based on an ambiguous counterclaim.