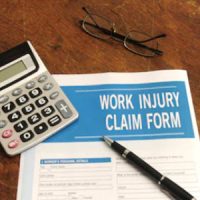 Thousands of work injuries happen in DeKalb County, Georgia every year. It is inevitable given the county’s size and population. In fact, DeKalb County is one of the most populous counties in the state of Georgia, with close to one million people calling it home. The county seat is Decatur, but 10% of the city of Atlanta also falls within DeKalb County. In addition to Decatur and Atlanta, DeKalb County has eleven other cities within its borders: Avondale Estates, Brookhaven, Chamblee, Clarkston, Doraville, Dunwoody, Lithonia, Pine Lake, Stonecrest, Stone Mountain, and Tucker.

Major employers in DeKalb County include AT&T, Emory Healthcare, Emory University, Kroger, UPS, Delta Airlines, and the DeKalb County School District. The county is also home to mass transportation with MARTA bus and train lines running throughout, and it is criss-crossed by numerous major highways like I-20, I-85, I-285, and I-675. With so many people and so much activity in DeKalb County, it is no surprise that so many accidents happen within its borders.

If you suffer a work-related injury in DeKalb County, your entitlement to workers’ compensation benefits is governed by the Georgia Workers’ Compensation Act. Generally, this includes payment of your medical expenses related to your work injury. It may also include income benefits if the work injury prevents you from continuing to earn income.

Generally, any hearing in a Georgia workers’ compensation claim will take place as close as possible to where the accident or injury occurred. The law governing the location of the hearing is O.C.G.A. 34-9-102 (b), which states:

The O’Connell Law firm is located in downtown Decatur, in the heart of DeKalb County, and also just a twenty minute drive from the Georgia State Board of Workers’ Compensation’s headquarters and courts in downtown Atlanta. We have experience litigating cases against most of the major insurance defense firms in the Atlanta area, and have won workers’ compensation hearings at both the trial and appellate level. If you have suffered a work injury in DeKalb County or anywhere in the metro Atlanta area, we will be happy to discuss your claim with you and to discuss how we can use our experience to help you pursue the benefits to which you are entitled.