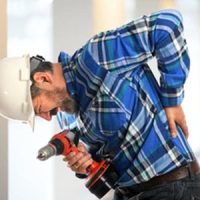 Can workers be sued for gaining benefits under the workers’ compensation system? Sometimes, when the stars align just right, they can. In one case, a woman was severely injured in her vehicle while on the job. She filed a workers’ compensation claim with her employer. The employer filed the claim with their insurer, who had recently become insolvent. In that case, the Georgia Insolvency Board agreed to pay out the claim on behalf of the defunct insurer. Meanwhile, the woman recovered about $25,000 in various actions against the other driver and $50,000 in underinsured motorist coverage payments. Now, the insolvency board wants the money that they paid to the injured worker back. The court is now hearing arguments as to why the woman should or should not have to repay that money to the insolvency board. The woman was issued about $26,000 from workers’ compensation, but only about $3,000 in wage loss benefits. Most of that went to medical expenses. The insolvency board still wants that money back.

The incident is creating confusion

What is a subrogation claim?

If you file a claim with your employer concerning injuries sustained at work, the insurance company may file a subrogation claim against a third-party that contributed liability. In this case, the third party was another driver. The insurance company would be able to file two subrogation claims against the insurers for the at-fault driver and the injured worker. However, since that money has already been paid out along with workers’ compensation benefits, the action is filed against the worker and not the insurance companies who have met their duties to their policyholders.

In situations like the aforementioned, a claimant would have a duty to report the civil action against the third party to the workers’ compensation insurer who can then seek remedy from the civil action.