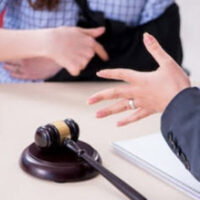 A former Myrtle Beach police officer has filed a lawsuit against the city claiming that he was fired after filing a workers’ compensation claim with his employer’s insurer.

Michael Dodd began his tenure at the department in 2016 when he started working as a patrolman. In 2017, he was promoted to Patrolman First Class and received a raise. In 2018, Dodd took leave due to a back injury, but he was back on the force the same year. Later that year, he suffered another injury during a use of force situation. Dodd notified the City of his injury and spent the next five months off-duty.

A third workplace injury occurred when Dodd handed another officer a booklet for NYPD training and told him to, “Go get more training.” The officer interpreted the friendly jibe as an insult and smacked Dodd across the face with the book. Dodd pushed the other officer over a table. The entire incident was chalked up to a misunderstanding, and both officers worked together without incident. However, Dodd was placed on administrative leave pending an investigation of the incident.

According to the lawsuit, the other officer (who never filed a workers’ comp claim) was not disciplined. Additionally, investigators recommended that Dodd be suspended, not fired, but he was fired anyway. Dodd believes that the reason he was fired was because of numerous workers’ compensation claims.

In this case, Dodd’s attorney will contrast Dodd’s own treatment with the treatment of the other officer involved in the scuffle. That officer was never disciplined even though he assaulted Dodd with a police training booklet. Why not?

An internal review of the investigation process may reveal that the administration keyed on Dodd because he was often injured. If that’s the case, then the Myrtle Beach Police Department did violate the law and Dodd will be eligible to receive back pay and other damages resulting from the unlawful firing.

However, proving that a single cause led to Dodd’s firing could be challenging. He received a promotion in 2018 and a raise indicating that his superiors were happy with his work. However, on-the-job horseplay resulting in an injury is not going to make any employer happy. On-the-job horseplay is likewise not considered a workplace activity and workers’ comp companies balk at paying out such claims.

If you’ve suffered an on-the-job injury but your employer’s policy is demanding more information before you receive your benefits, call the Decatur workers’ compensation attorneys at O’Connell Law Firm today to discuss your situation in more detail.

By O’Connell Law Firm | Posted on July 6, 2021
« Will I Get A Weekly Disability Check From Workers’ Compensation?
Family Alleges Workplace Bullying Led To Employee’s Suicide »