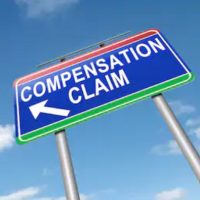 Six died and eleven more were hospitalized after liquid nitrogen leaked from a Georgia chicken processing plant. The families of the six workers have filed wrongful death lawsuits against the food processing plant for which their loved ones worked. A second company responsible for installing the refrigeration system has also been named in the lawsuit.

Will the families of the deceased be allowed to move forward with their lawsuits or will the courts decide that workers’ compensation is their lone remedy? For this, we need to delve deeper into the details.

Who is responsible for the leak?

The plaintiffs contend that both their loved one’s employer and the company that installed the system are responsible for the six deaths and eleven injuries that resulted from the failure of the refrigeration system. While employees may be barred by workers’ compensation laws from filing lawsuits against their own employer, they don’t need any special dispensation from the courts to pursue a cause of action against the third-party company. So regardless of what happens with workers’ compensation, the lawsuit against the third-party refrigeration unit installer can still move forward.

Can the employees sue their own company?

In rare instances, employees are allowed to move forward with lawsuits against their employers. If, for example, employer is grossly negligent or there has been some form of willful and malicious misconduct that resulted in injury, then a worker may still pursue a lawsuit against their employer, just not in Georgia. Georgia’s laws strictly forbid an employee from filing any type of injury lawsuit against their employer. If the employer does not carry workers’ compensation insurance, they can be held accountable by the government via the assessment of fines, criminal charges, and other actions. The state will also force the company to pay what would have been the employee’s workers’ comp benefits. It does not, however, allow a worker to pursue a work injury lawsuit.

Employees reported that the cooling system seemed not to be working properly prior to the fatal accident. The company that installed the refrigeration unit is negligent because of the failure of the unit. Unless they can prove that the unit failed because the food-processing factory workers failed to maintain it properly, then they would be responsible for compensating those individuals and their families.

It’s not clear that the food processing factory contributed negligence to this incident other than not following up immediately with a report that the unit appeared not to be functioning properly. Nonetheless, the workers who were employed by the factory will be able to recover death benefits from their family member’s workers’ comp policy.

Georgia law strictly prevents workers from filing lawsuits against their employers. Nonetheless, you can recover money for lost wages and medical expenses regardless of whether the accident is your fault. Call the Decatur workers’ compensation lawyers at The O’Connell Law Firm today to discuss your situation in more detail and learn more about how we can help.

By O’Connell Law Firm | Posted on December 20, 2021
« Mental Health Injuries And Workers’ Compensation
My Employer Is Requiring Me To Get The COVID Vaccine! Is That Legal? »