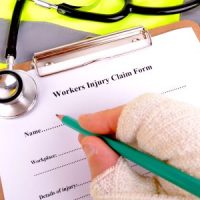 It is worth noting that Dollar General is a multi-billion dollar company. Large corporations such as Dollar General have a duty to take the proper precautions to protect their workers from unreasonably dangerous safety hazards.

Not the First Time Dollar General has Faced Enforcement Action ($12.3 Million Since 2017)

This is not the first time that Dollar General has faced federal sanctions for workplace safety problems. In fact, the company has been fined a total of $12.3 million since 2017 alone. Notably, in taking enforcement action against the large retailer, a representative for OSHA emphasized that this company has shown a history of putting “profits over their employees’ safety and well-being.”

Retail is generally not thought of as a traditionally “dangerous” job. That being said, retail workers face a number of different safety risks—particularly so when their employers fail to follow federal and state workplace safety guidelines. It is imperative that retail workers have access to safe and fair working conditions. A retail worker hurt on the job in Georgia has the right to file for workers’ compensation benefits for medical care and wage replacement.

At O’Connell Law Firm, our Decatur workers’ comp lawyers are skilled, experienced, and effective advocates for injured workers and their families. If you or your loved one was hurt while working at a retail store, we can help. Give us a call now or contact us online to set up your free, no commitment case review. From our law office in Decatur, we represented injured workers in DeKalb County and throughout the region, including in Stonecrest, Brookhaven, Dunwoody, and Tucker.

By O’Connell Law Firm | Posted on December 6, 2022
« OSHA Initiates Second Probe Into Amazon
How A Proposed DOL Regulation Could Affect The Workers’ Comp Rights Of Gig Workers In Georgia »