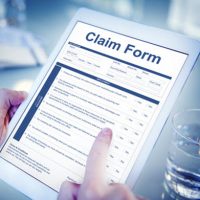 A Taylor County woman tragically died in an industrial accident last month. According to witness reports, the woman was looking through the newspaper when a forklift driver ran into her, pinning her against the wall. The woman was conscious at the scene but later died in the hospital after going into cardiac arrest.

The incident is likely to result in either a lawsuit against the company or a workers’ compensation claim. In Georgia, it is nearly impossible to circumvent employer immunity. Hence, the family will be left filing a death benefits claim against her employer’s workers’ compensation policy unless the forklift itself was responsible for the accident.

The facility had no comment on the incident. OSHA is likely to investigate.

How do forklift injuries happen?

Nonetheless, there are certain instances in which a worker killed by a forklift would be able to file a lawsuit—just not against their employer.

If the forklift got stuck in gear and the worker was unable to stop the forklift from pinning the woman to the wall, then the family would likely be able to sue the manufacturer of the forklift for defectively operating. Alternatively, any company tasked with repairing the forklift could be held liable if the forklift malfunctions and kills someone.

The most likely cause of the death, however, was operator error. That means that the other employee negligently operated the forklift causing it to pin a fellow employee against the wall. The employee later died of her injuries.

Since the negligence was the fault of an employee, it is considered, under the law, the fault of the employer. Employers are vicariously liable for negligence committed by their employees. Since the employer is vicariously negligent, the lawsuit would have to be filed against the employer alone. Since Georgia’s state rules bar lawsuits of that type, the family is barred from filing a lawsuit against their loved one’s employer.

An exception would be made in the case that an employee intentionally tried to kill the woman with the forklift because he didn’t like her or something like that. If the injury is caused by intentional misconduct, then the family could file a lawsuit. Workers’ compensation only handles accidents.