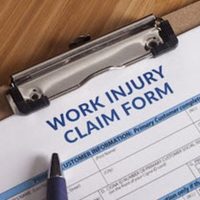 How Big is Travelers Insurance?

Travelers is one of the biggest insurance companies in the United States. It is such a large and important company that it is included in the Dow Jones Industrial Average as a measure of the overall American economy and stock market, along with such companies as Walmart, Home Depot, and McDonald’s.

Travelers is probably not as well known to the average American as some other large and important companies. There is a high likelihood that the average person has had a meal at McDonald’s or shopped at Walmart; at the very least, most people have driven past one of these businesses and know what they are. Travelers, on the other hand, is a different kind of business. People who are familiar with Travelers most likely know about the company for one of two reasons: either they have purchased insurance from Travelers, or they have made a claim with Travelers.

Travelers offers many different kinds of insurance, to both individuals and businesses. Individuals can purchase everything from home, car and renter’s insurance to jewelry and event/wedding insurance. But Travelers also sells a wide variety of insurance products to businesses. And one division of their business insurance is perhaps most likely to unexpectedly touch on the lives of the average working American: workers’ compensation insurance.

According to Travelers’ website, it is the number one writer of workers’ compensation insurance in the United States. It has a vast network of employees managing these claims, including over 2,000 claims professionals and over 500 nurses and medical professionals.

Travelers is the workers’ compensation insurance carrier for hundreds of large and small businesses in Georgia. The types of businesses that they insure run the gamut from large institutional healthcare companies to mineral and material companies, to small independent construction companies.

It is impossible to predict whether Travelers provides coverage for your employer based solely upon the type of business your employer is in. And just because a company has had workers’ compensation coverage with Travelers in the past does not necessarily mean that it has coverage with Travelers today. The best way to verify which insurance company is providing coverage for a Georgia employer on any given date is to use the coverage search tool on the Georgia State Board of Workers’ Compensation’s website.

What is the general process and procedure for a Travelers Workers’ Compensation Claim in Georgia?

As always, when you are hurt on the job in Georgia, the most important thing is to seek medical attention as soon as possible, especially if your injuries are severe. If your employer has workers’ compensation insurance with Travelers, you have the option of calling their TravCARE Nurse Line to receive real-time medical guidance as part of the claim reporting process with your employer.

As the insurer in a workers’ compensation claim, Travelers will be responsible for paying an injured worker’s medical bills and potentially paying income benefits for lost wages. But obviously Travelers can only fulfill these obligations if it knows that an injury has occurred. For this reason, proper reporting of an injury is crucial in every workers’ compensation claim. It is ultimately the employer’s responsibility to report any injury and/or claim to its insurance carrier. But it is the injured worker’s responsibility to report the injury to his or her employer. If possible, it is a good practice to report the injury in written form, even if it is an email or text message. That way there will be no question later as to whether or not an injury was properly reported and whether it was reported within the 30 days that is required under Georgia law.

If you are injured on the job in Georgia, and your claim ends up being handled by Travelers, you may notice that the mailing address for the Travelers Workers’ Compensation Southern Claim Center is in New York. Specifically, it is: P.O. Box 4614 Buffalo, New York 14240-4614. However, that is just the mailing address. If you receive a call from a Travelers Claim Professional, it will most likely be from a phone number with an Atlanta area code, like 678.

At the outset of the claim, establishing care with an authorized doctor is an important first step. The Travelers claims professional should provide you with your employer’s list of authorized doctors, also known as the panel of physicians. You have the right to select which doctor you would like to treat with from the panel. You also have the right to make a change of panel doctors later in the claim if you want to do so. There are rules regarding the composition of panels of physicians in Georgia. There should be at least six different physicians to choose from. There should also be at least one orthopedic surgeon, a minority physician, and no more than two industrial clinics.

The treating doctor in a Georgia workers’ compensation claim has a lot of influence over the claim’s outcome. Obviously, the most important thing that the doctor controls is the ability to order testing and make the diagnosis of what injury has occurred. But the doctor also controls what type of treatment will be ordered. Typically, doctors on workers’ compensation panels start by ordering more conservative treatment at the outset. That means that for an orthopedic injury initial treatment might include medication and physical therapy. From there, a doctor might move on to injections. The last step in this progression from less serious to more serious treatment can be surgery.

It is important to try to establish early in a claim whether an employer has a valid posted panel of physicians. If there is not a valid panel, an injured worker should be able to choose which doctor he or she treats with. Being able to choose the doctor, as opposed to being limited to a pre-determined list put together by the employer or the insurance company, can have tremendous advantages for an injured worker. A doctor who is not on the employer’s panel may feel less constrained – he or she may be more likely to order additional testing or more expensive treatment. A non-panel doctor may also be more likely to place an injured worker on a no-work status, which triggers the need for the workers’ compensation insurer to commence income benefits.

As previously stated, the types of companies in Georgia that Travelers provides coverage to run a wide spectrum from very small companies to very large companies. Generally, the larger the company is, the higher the likelihood that the company has a valid panel of physicians, and that the company will therefore be able to “control” an injured worker’s medical treatment by limiting which doctors a worker can choose to treat with. Conversely, if a company is smaller and less organized, there tends to be a higher likelihood that it either does not have a panel of physicians, or that for one reason or another, its panel is invalid. If the panel is invalid or non-existent, then “control” of doctor selection is in the injured worker’s hands.

The advantage of settlement for the insurance company is that it allows them to “close the book” on a claim. Once they pay the settlement, they no longer have to pay additional medical bills and/or send out additional disability checks. As long as a claim is open and active, there is always a certain amount of unpredictability as to what the future costs will be for an insurance company. Even if an injured workers is back on the job and treatment is not costing a lot, there is always a possibility that a doctor will order a surgery and/or place the injured worker on a no-work status. These changes can happen quickly, and dramatically increase the costs of a claim for an insurer. That is why insurance companies like to settle: they generally have to write a big check to settle a claim, but once they do so, they know that the claim is closed and they won’t have any big or expensive surprises in the future.

Settlement of a workers’ compensation claim can also prove beneficial to an injured worker. Just like a doctor can suddenly order a surgery or take someone out of work, they can also very suddenly do the opposite: release a person back to work full-duty or say that they have no treatment left to offer. If you have been out of work treating for your injury and collecting income benefits for months or even years at a time, a sudden release from the doctor can be shocking and frightening. For that reason, settling before that happens can give an injured worker two advantages. First, settlement allows an injured worker to take control of his or her finances. Rather than continuing to treat with no end in sight and wondering or worrying if the doctor is going to cut you loose, settling your case can provide you with a guaranteed outcome and amount. Rather than waiting for your next week’s check to come and hoping that your work status does not change, you can collect the money that will go towards future benefits in one lump sum and get the money under your control. Second, if a doctor has ordered a surgery but you are not sure that you want to have it, settlement can allow you to negotiate the cost of future medical treatment into the amount of the settlement. That can enable you to get more money in your pocket.

Generally, having a big company like Travelers as the insurer in your workers’ compensation claim is a good thing. Because they are a big company they have a lot of resources. Their claim professionals often prove more responsive than adjusters from other companies. Also, because they are big, discussing and negotiating a settlement can often prove to be a faster and more streamlined process than with other insurance companies. That being said, there are always potential pitfalls in any Georgia workers’ compensation claim. It is never a bad idea to do a free consultation with an experienced claimant’s attorney. And generally, the earlier in the claim that you reach out to an attorney, the more guidance an attorney can give.

If you have a Georgia workers’ compensation claim with Travelers insurance or with any other insurance company, feel free reach out to the experienced attorneys at the O’Connell Law Firm to ask any question, big or small.

By O’Connell Law Firm | Posted on March 30, 2022
« Can Undocumented Workers Qualify For Workers’ Compensation?
Worker Gets Stellar Review, Then Fired After Comp Claim »