Worker Gets Stellar Review, Then Fired After Comp Claim 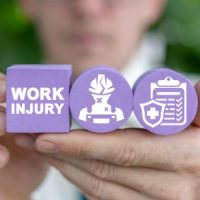 Such was the situation for a Florida worker who was fired from Rocco’s Tacos shortly after receiving a stellar performance review and then suffering an on-the-job injury. According to the suit, the worker, who was a general manager of the taco joint, was injured after a paper cutter fell from a shelf and struck him in the head. He suffered head injuries, had continuing headaches, and filed a workers’ compensation claim. He was subsequently fired.

American workers are entitled to certain rights under the law (freedom of speech is not one of them). They are, however, entitled to workers’ compensation benefits, civil rights to be free from discrimination, and the right to file whistleblower complaints that expose illegal activity. They can be fired for asserting any of those rights and do employers do it all the time.  Many employers figure that it’s going to be the employer’s word against theirs. Essentially, they can claim that they fired the employee for any other reason than the actual reason they fired the employee. An administrative law judge does not need to believe that there are no reasonable doubts, they need to believe that the plaintiff’s story is more likely than the defendants. The plaintiff will present evidence that he was given a stellar performance review and then fired after filing a comp claim. The administrative law judge will be asked to judge whether or not it’s more likely that an employee who was given a stellar performance review was fired for failing to do his job properly, or the employee was fired because they didn’t want to replace him while they were paying his injury benefits.

Well, an elaborate lie takes time to build. You need to start targeting the employee in their performance reviews well before firing them on a pretense. If there is no evidence that the pretense has merit, or even if the pretense is less likely than the plaintiff’s version of events, the plaintiff wins the lawsuit.

Proving a reason is a pretense

Even though it’s illegal to fire employees for filing workers’ compensation claims, some employers figure it’ll be the employee’s word against theirs. Often, however, it’s the employer’s word against their own words. The Decatur workers’ compensation attorneys at the O’Connell Law Firm can help you establish that your firing was illegal. Call today for a free consultation.