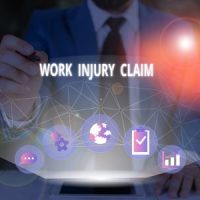 A worker installing a plate on the chute of a concrete truck died a horrific death when the mixer inexplicably began turning. The worker’s head was caught leading to his death. OSHA said that several violations led to the worker’s death and the death was preventable. OSHA has recommended fines totaling over $40,000 which is a lot for OSHA. In this case, OSHA cited the company for failing to have an adequate lockout/tagout procedure in place. The drum should not have begun operating while the worker was servicing the vehicle.

The company has 15 days to comply with the order or appeal the ruling. There is no indication of which way they will go. They don’t have much of a defense.

When using large and complex machinery, it’s important to ensure the machinery is off or all the energy has been released from the machine prior to it being serviced. Anyone who has ever worked on a television set understands the concept. You can’t just unplug the TV and begin working on it. You have to allow the stored electricity to dissipate or you run the risk of electrocution. Since this is a known danger, you can readily predict and avoid injury simply by following a prepared plan of action.

OSHA requires all employers who require employees to work around heavy machinery to implement a lockout/tagout procedure to avoid the machine from activating while someone is working on it. In this case, the concrete truck was not adequately turned off which led to the worker’s death. OSHA contends that the company should have had a policy in place for ensuring that stored energy within the machine did not cause it to start running again. Machines should be completely off while the machine is being serviced. Tragedy occurs to those who service machines that abruptly start running again.

Will the workers’ family get compensation?

If the company has an active workers’ compensation policy and was an employee of the negligent company, then the family can recover death benefits from the insurance policy. If the worker was an independent contractor providing services onsite for the concrete company, his family can file a wrongful death lawsuit. The lawsuit will be buttressed by OSHA’s findings that the company failed to safeguard the lives of employees by implementing a procedure required by law. It would be nearly impossible for the company to provide an adequate defense since they were in open violation of federal regulations.

Talk to a Workers’ Compensation Attorney in Decatur, GA