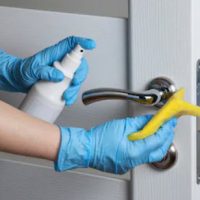 A major health care provider with several hospitals in operation was facing infection within hospital walls related to a “superbug” that causes diarrhea. The hospital sought out a new method of containing the infection that was cheaper than the two-pronged approach it was employing earlier. Workers began falling ill—not with a virus—but from the cleaning material used to control infection. The hospitals blamed the workers for not using the substance correctly, retrained them on its proper use, and watched as more workers became ill. The toxic chemical allegedly saved the health care operators millions in operational costs per year but injured several workers in the process. Now, they are being sued.

According to attorneys representing the workers, the health care system blamed the workers for failing to use the chemicals properly as opposed to scrapping the idea entirely when they started suffering injuries. According to the plaintiffs, multiple physicians warned them against the use of the chemical after worker injuries began to proliferate. Environmental risk experts also advised against the use of the chemical and the workers themselves filed complaints with employment and labor authorities. The employees say that hospital administration maintained that the substance was safe even as employee injuries were adding up.

The hospital system maintained against all reason that the chemical was safe to work with even as reports were pouring in concerning the dangerous and damaging effects of the substance on the workers. Many of these claims were likely initially processed by workers’ compensation. Workers reported respiratory distress, skin reactions, eye burning, and other issues. Since the company knew that the chemical was toxic and workers were continually being injured by the chemical, they chose instead to coax other experts to downplay the toxic impact of the chemical. This constitutes an allegation of fraudulent concealment which is tantamount to a claim of intentional harm. In other words, once you know that you’re injuring your own workers and you continue allowing them to be injured, it is no longer an accident, it is intentional, and that is not covered by workers’ compensation in that state.

Essentially, the hospital is accused of concealing a danger that it knew about from workers, telling the workers that the risk was minimal, and then watching as the workers injured themselves over and over again.