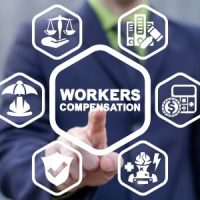 Undocumented workers and employment rights are a seriously contentious issue. However, some context may be appropriate. In the 90s and into the 2000s, corporations would recruit workers to work for illegal wages in awful conditions. Since it was the corporations that initiated the recruitment, the government held them responsible for incidents that occurred on the job. This included wage and hour theft in some cases. The problem, of course, was that the employers knew that the workers would be illegal, broke the law when they brought them over here, and continued to break the law by housing and employing them. When the workers filed lawsuits for whatever reason, the employers claimed they were not entitled to file those suits because they were not lawful U.S. citizens. So it became a real problem for the government to adjudicate the matter against undocumented immigrants who were often coaxed into breaking American laws on the assurances of American corporations who needed cheap labor to exploit.

Our state has held that an employer who illegally hires an undocumented worker is sometimes responsible for their injuries.