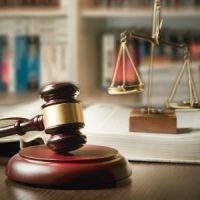 Psychiatric or psychological injuries that occur on the job are generally not compensable under Georgia’s workers’ compensation system unless there is a co-occurring physical injury. Unfortunately, this results in many first responders tending not to get the help they need for PTSD and related conditions acquired on the job. For those who are experiencing debilitating symptoms, they would have to pursue psychiatric services independently and will not receive workers’ compensation benefits for extended periods of incapacity. This leaves a lot of first-responders without the help they need. This results in a greater risk of suicide than the general population.

Georgia lawmakers have proposed a bill that would allow first responders to file PTSD and similar psychological claims without any physical injury against workers’ compensation insurance policies. The rule would only apply to first responders.

The situation has come to a head as the families of first responders discuss the suicides of their loved ones. In some cases, former first responders felt trapped between losing income by taking time off from work and being able to afford the level of care they needed.

Meanwhile, the pervasive stigma surrounding mental health and asking for help is also contributing to the problem. The state believes that by offering mental health-related compensation to Georgia first responders, it may help prevent a number of the suicides associated with the profession.

Many years ago, soldiers returning from war were said to have “shell shock”. Today, the condition is known as post-traumatic stress disorder. It is characterized by recurring or reliving traumas of the past in the present day. Those who suffer from PTSD or complex-PTSD have recurring nightmares about traumatic events, forced to relive the experience over and over. They cannot control the direction their thoughts take. Once an association is triggered, it may have a mind of its own. Those who suffer from PTSD tend to avoid triggers that cause PTSD attacks or panic attacks. EMTs and first responders cannot do that. The extent of the damage caused by PTSD can result in memory loss, depression, and pervasive anxiety. Those with the condition tend to isolate themselves from others because they don’t want to have an attack in front of people. They have mood disturbances, difficulty concentrating, and difficulty sleeping. It is a real disorder that may not have a physical injury. The cost of not compensating these injuries is too high.

By O’Connell Law Firm | Posted on May 31, 2022
« Is Sound Destroying Your Health?
Federal Inspections Turn Up Dangerous Conditions At Dollar General »