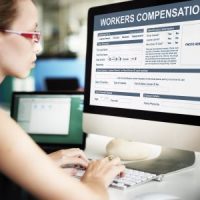 As the pandemic raged on, essential workers were required to show up for work and risk infection. Meanwhile, their workers’ compensation insurers were sweating over the possibility of paying out pandemic-related claims. This resulted in a situation where the insurers were denying these claims on the basis that the worker could not prove where they acquired the infection from. This created a problem for essential workers all across America. Not only were they risking their lives to ensure their income while the rest of America was collecting checks, but when they did fall ill with the virus, they could not prove where they acquired it from. That meant that those two weeks of quarantine they were required to do went uncompensated.

That is, until, legislatures stepped in and told workers’ compensation insurers that they were required to assume that the claim was valid until proven otherwise. For the insurers, that meant honoring claims regardless of whether or not the employee could prove where they acquired the virus. It also meant honoring claims where the employee could not even prove they had the virus. The companies were still able to file fraud suits against those who abused the system, but that was only after they honored the claim.

The rules of workers’ compensation are simple. Any employee who is injured on the job is entitled to recover damages related to their medical expenses and a percentage of their lost wages. However, they must be able to prove their injury was work-related. In exchange for not being allowed to file a lawsuit, the worker is entitled to file claims even when they were responsible for their own injuries.

Understanding how the pandemic caused changes in the system

Very few workers enjoy the type of coverage that is explained above. Among them, only firefighters and police officers have similar protections. If a police officer says that they were injured in the line of duty, there is a presumption by the workers’ compensation insurer that they are being truthful and honest. That means that their claim is paid before there is any investigation. It does not however mean that the police officer can simply file bogus claims. If the insurer wants to fight the claim, they accuse the officer of fraud. That is much more difficult than denying a claim, however. In that case, the insurance company is trying to get their money back.

A lawsuit in California may have far-reaching consequences for how workers’ compensation is handled in California and beyond. In this case, a worker brought the virus home with her where it infected her husband who died. She filed a lawsuit against the company she worked for under a theory of wrongful death. The company argued that they were protected by workers’ compensation, but if the case goes the plaintiff’s way, it may mean that only workers are covered by the exclusive remedy and not family members who are injured by the worker who is injured at work.